You are here: Home / Point of View / Al / Narrators, Narratives and Bias by Al Sikes

In 1978 a group of investors I led bought a radio station in a small Rocky Mountain town, Breckenridge, Colorado. Breckenridge was and remains one of a handful of Western ski capitals.

This sounds like a grand beginning underwritten by Wall Street capitalists. It wasn’t. My investors were Midwestern friends and each invested about $10,000. The seller helped finance the sale as he accepted 29% down and financed the balance over five years.

Breckenridge’s economy was dependent on snow—the natural kind. In the second year of our ownership it didn’t snow until mid-February. Merchants who rented skis or sold ski apparel or food and drink didn’t buy advertising or, if they did, were unable to pay their bills. Yet each month to keep the station open we spent thousands of dollars we didn’t generate in revenue, while also paying down the debt we couldn’t afford. Fortunately I had a second business not dependent on snow and an operating loan.

If radio station KLGT had been my sole business, it would have gone under and my credit score would have been well south of the border.

Today millions of small business owners are in exactly that financial bind without a backup. I wish there was more I could do to help, aside from looking for every chance to buy local.

If possible, we should look for ways to avoid buying from Amazon or other online stores.

My wife and I have bought things from local stores whose owners have delivered the item to our car window. And my advice to Governor Hogan is to let all businesses open while encouraging both the businesses and their customers to practice social distancing and related hygiene. In the store and customer relationship loop, protection has become a valued part of the exchange. And, the small businesses are the lifeline for many workers who are on the front lines of both serving and protecting us.

Second, we should pay much more attention to what is happening in our hometown. Most reporters for network news and national newspapers live in New York City. Their circumstances are not ours. Plus, they are in the drama business; drama sells.

Since The Spy began keeping statistics for the Eastern Shore of Maryland in a five county area, there have been 80 confirmed cases of Covid-19 and three deaths. We are in the 29th day of this statistical profile. New cases have averaged 2.85 a day and deaths 0.107 per day. Many days go by with no additions. Persons who go out of their way to buy local, if they are careful, face an infinitesimal risk. We should not let the national narrative govern our lives.

The American Constitution recognizes the importance of States. America’s Governors should recognize the importance of Mayors. The Eastern Shore counties and towns bear no resemblance to Baltimore. Give the officials on the ground some leeway.

Finally and increasingly, the national story has devolved into a tribal contest. President Trump’s news conferences are part information and part theater. In the theatrical segment, he plays Sun God and the reporters act out a provocateur’s script as they read questions from their notes.

Let’s see, we are in the middle of a health and economic crisis and the latest news from those news conferences is almost a parody on the news. If the temperature of our political divisions could be scientifically measured, we would be in intensive care.

America should begin to reopen. Look for reopening plans, assess them and regardless of the political affiliation of their proponent, judge them. And if, as reopening is staged, you believe it is too aggressive for you then by all means stay at home. Reopening can be an individual decision, not just a government one. Regardless of what various governments say, when we start to act more freely, we will support the stores and employees that act protectively.

An otherworldly crew flying over America today would be puzzled by the cavernous sports stadiums. I can hear the pilot asking, “Are these giant craters?” The navigator reply, “It isn’t like any crater I have seen, it has seats.”

Maybe those craters should be occupied by queues of people waiting to be tested; the various professional sports organizations could manage them. It would certainly be in their self-interest.

Each person who receives a clean bill of health would receive a “get out of jail” card on their smart phone which could be used at concerts, ballgames and the like. And the restaurants that choose to open could require such a certification for admission. It would also be possible to electronically cancel the certification if circumstances changed.

Is this fail safe, no. Nothing will be. But it would help mitigate the societal contagion, while letting people who chose to continue to self-isolate watch TV games that were not played years ago. Just a thought.

← Op-Ed: Moving from Frustration to Gratitude by Beth Anne Langrell | Next Post → 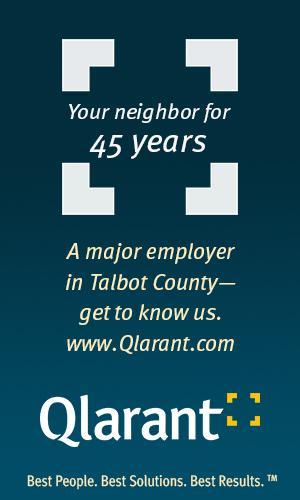