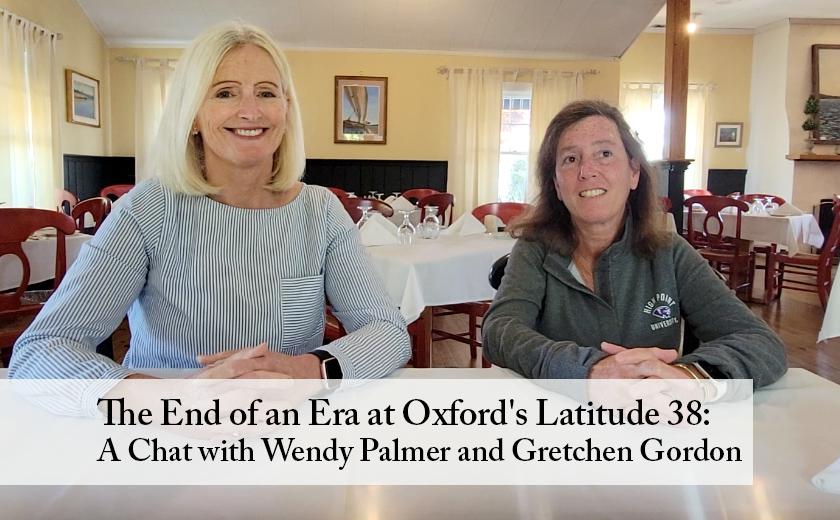 “Gretchen Gordon and Wendy Palmer were in their very early twenties in 1991 when they borrowed $25K each to buy Masthead, a restaurant on Mill St. in Oxford, known at that time as a local hangout with a small menu.”

That’s how the Spy began its coverage of Latitude 38 as it celebrated its 28th anniversary back in 2018. After 31 years of being an Oxford mainstay, the two are moving on, and we are back as they say goodbye.

The Spy spoke to the duo about the past 31 years, how they started in business with the help of Gordon’s father, Ron Fox, and their future, including Palmer continuing her role as Director of Operations at the YMCA at Washington and Gordon’s insistence of relaxing by her pool.

According to Palmer, the popular local eatery, located at 26342 Oxford Road in Oxford, will be transferred over to new owners Kris and Leigh Clear on May 9th. When asked what they would miss the most, the two mentioned their patrons, who showed up to support their favorite restaurant even during the height of the pandemic.

A recent FB post displayed the love the locals have for Palmer and Gordon and the staff as they congratulated them yet expressed how much they will be missed. Latitude is returning the favor and will be hosting a farewell party on May 6th from 6-9 PM.

Out and About (Sort of): 3rd Bay Bridge Span Perks Up by Howard Freedlander Easton Airport Cruise-In Returns May 15 After Two-Year Hiatus