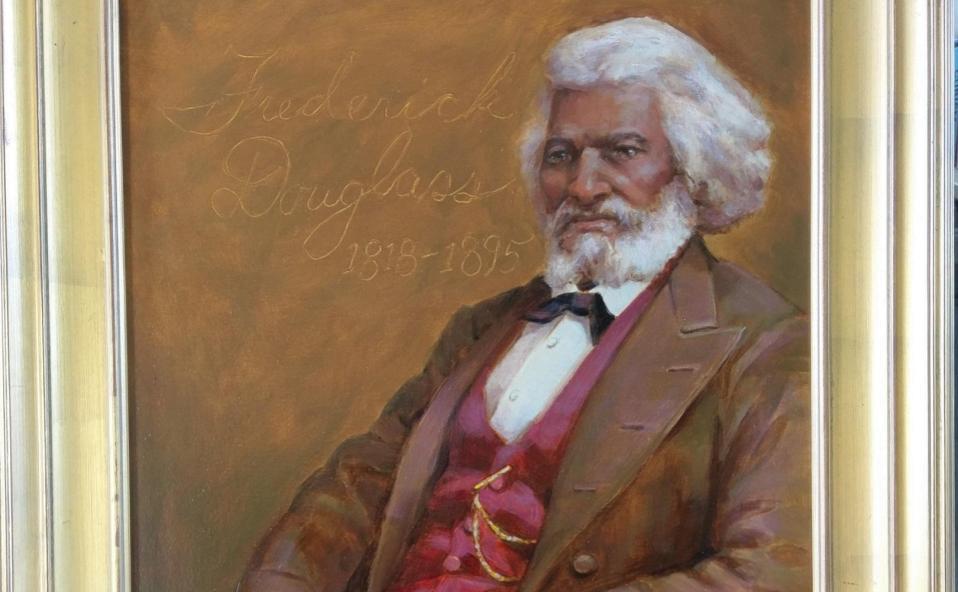 Portrait artist Laura Era has painted, framed, and donated to the Talbot County Free Library an original work in oil of Talbot County’s most famous native son, Frederick Douglass.  Though the portrait will be officially unveiled at the library during this year’s celebration of Frederick Douglass Day (September 26), it is now on view in the Troika Gallery, 9 S. Harrison Street, Easton.

Talbot County Free Library Director Dana Newman said, “The Board, staff, and patrons of the library are delighted to be the beneficiaries of Laura Era’s generosity.  She is a talented, painstaking, and discerning artist who has captured the very essence and spirit of one of our country’s greatest men.  This remarkable work of art will now hang in a place of honor in the library’s Frederick Douglass Room.”

Laura Era is an award-winning, portrait and landscape artist and teacher.  Since turning professional in 1988, she has created innumerable portraits on commission, both formal and informal, in oil and pastel.  Her work hangs in collections throughout the U.S. and Europe.  Painting trips have taken her across America, as well as to England, France, Portugal, Germany, and Italy.  Era and her husband, Richard, built their home and her studio on the Little Choptank River, near Cambridge, Maryland.  She is the owner of the Troika Gallery.

Due to COVID-19, Frederick Douglass Day will be celebrated virtually this year.  Beginning at 10 a.m. on September 26, the public will be able to link to all the festival’s lectures, events, and activities using either Facebook or the Frederick Douglass Honor Society’s website.The official unveiling of Era’s Frederick Douglass portrait is scheduled for 11 a.m.